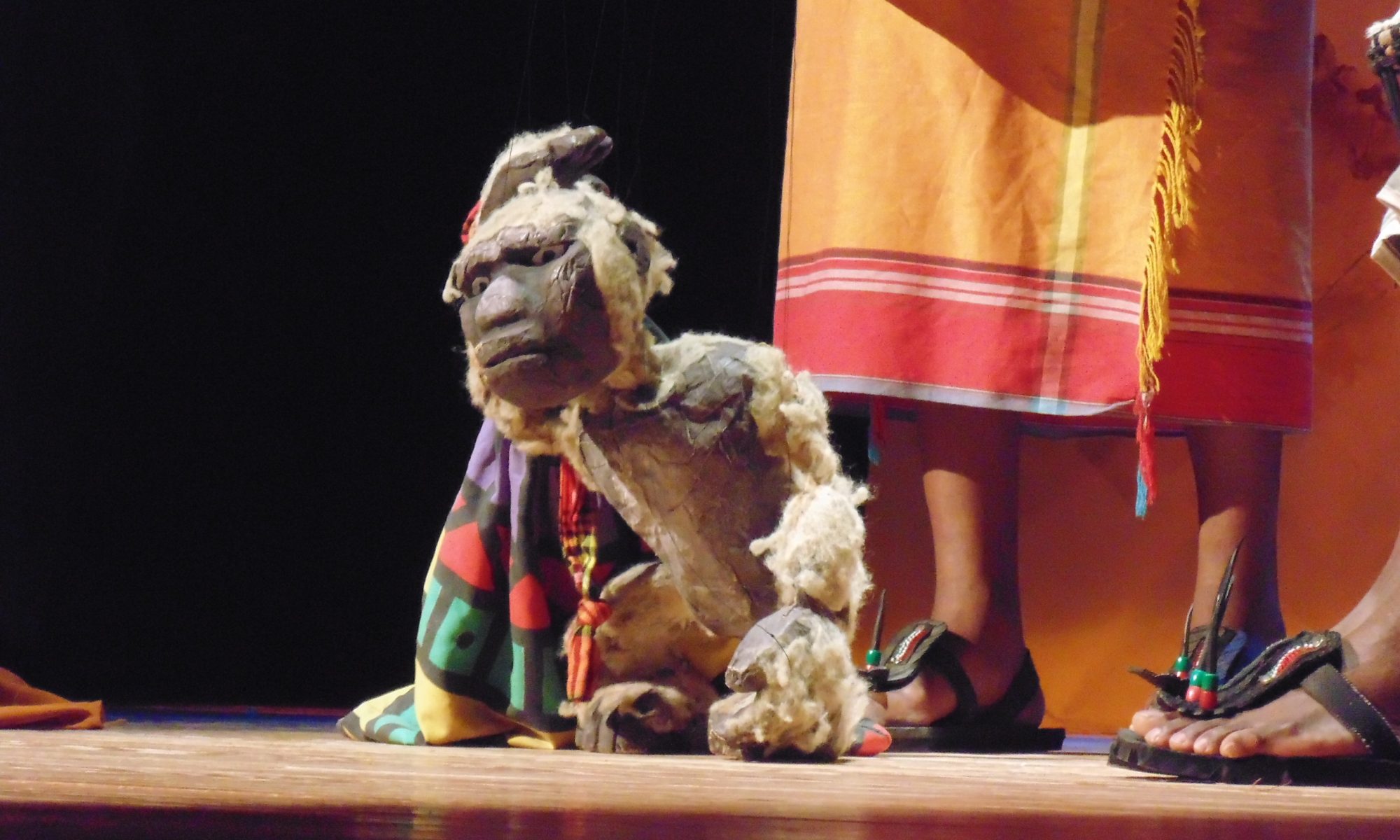 Tears By the River: Krystal Puppeteers

The Next Stage Bandwagon Summer Series and Sandglass Theater’s Puppets in the Green Mountains festival present a musical folktale about courage in relation to the modern-day themes of migration.

Many stories from Africa have traditionally been passed down by word of mouth. Tears by the River is one of these stories. Krystal Puppeteers sing, drum, puppeteer and dance in this vibrant and joyous performance. A brave monkey, LIBENDI, leaves his land after a great famine has killed many of his fellow monkeys. His adventurous “safari” takes him far off to a river where, after losing his energy from days of walking through valleys and mountains, deserts and barren land with no food and water, he dies beside the river before he can taste the life-giving water. Animals from the forest come to honor him by naming the river after Libendi. This prompts the “bigger” animals and “kings” of the jungle to be jealous to the point of doing crazy things to become famous as well.

Traditional theater in Kenya is distinguishable by its masks, drums, chants, and narratives. The Giriama people of the east coast of Kenya often perform with gigantic wooden figures. Turkanas, Maasai and Kamba tribes use fertility clay and wooden dolls called ikideet or gnide dressed in leather and decorated with coloured glass beads and costume jewelry. All of these elements can be found in Tears by the River, a contemporary puppet theater show that unfolds through images, sound and movement. Celebrating the oral traditions of Africa, these kinds of traditional stories are meant to prepare young people for life, and so, each story teaches a lesson or a moral.

Krystal Puppeteers is a dynamic, innovative and creative theater company that uses puppetry, participatory educational theater in life skills promotion, community education, and cultural communication to engage people in interactive discourse. It was founded by a team of puppet theater practitioners for the purpose of harnessing puppetry and folk media theater experiences for socio-economic and environmental change. Krystal Puppeteers helped to establish puppetry as an artistic and cultural medium in Eastern Africa.

Krystal Puppeteers was founded 1995 by Fedelis Kyalo and Chrispin Mwakideu, as a theater company that exists to contribute to the improvement of the livelihoods of the youth and the larger community through promoting, performing and addressing issues like, HIV/Aids, Gender based violence, Girl child education, Conservation, and Corruption. The Members through Kenya Institute of Puppet theater have created projects for community involvement, awareness, growth and development. One of the member of Krystal Puppeteers- Fedelis Kyalo is also the Head Puppeteer for Kenya’s favorite political satire The XYZ show.