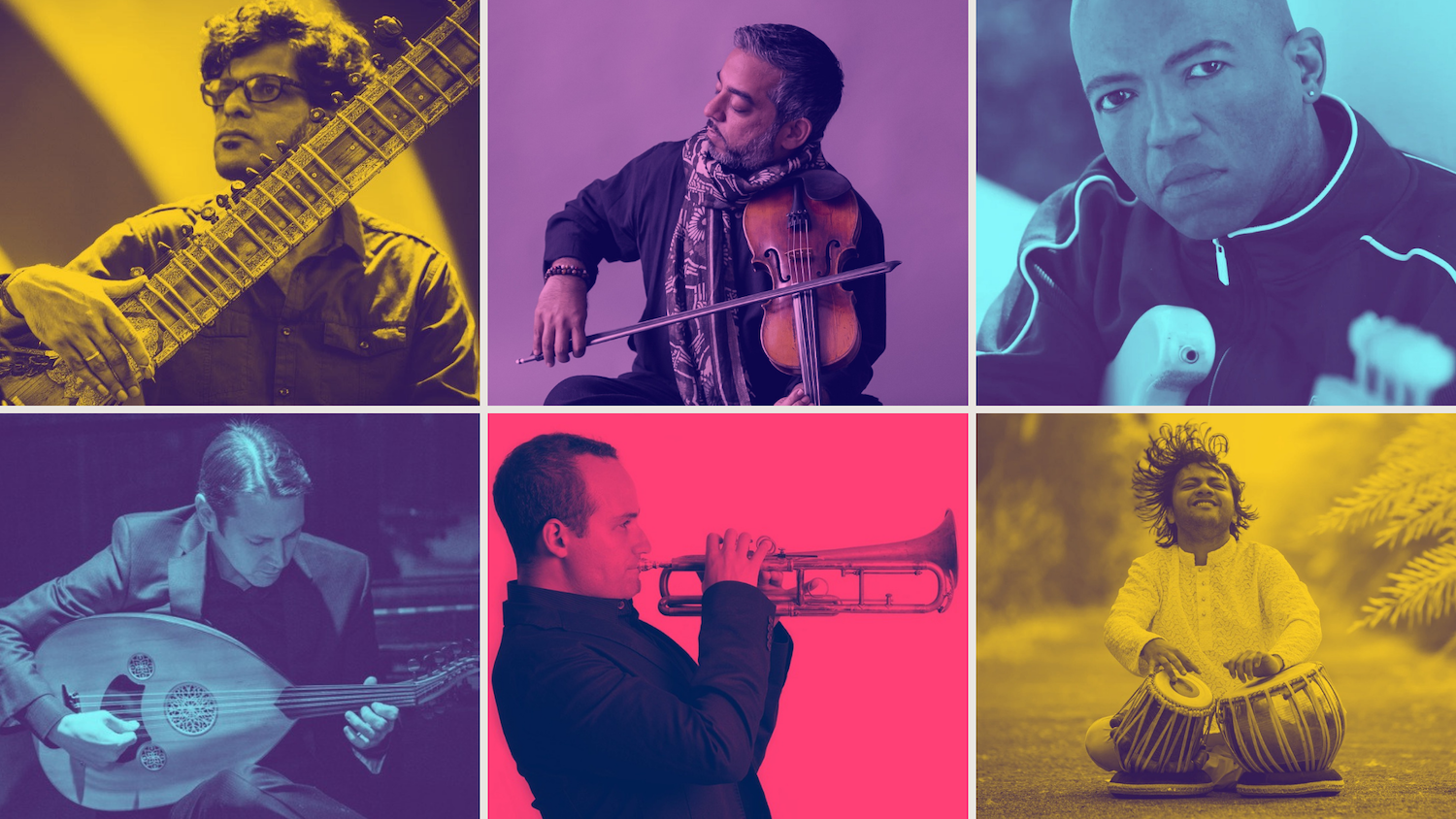 Next Stage and Epsilon Spires present an outdoor family-friendly concert. The Bandwagon Summer Series features a dedicated children’s play area, and children under 12 get in free.

Next Stage’s 2021 Artist-in-Residence Arun Ramamurthy returns to Putney on Saturday, June 25th with Arun Ramamurthy Trio (ART) (at Next Stage), and on Sunday, June 26th with Brooklyn Raga Massive (outdoors with the Bandwagon Summer Series).

Brooklyn Raga Massive is a globally recognized musician’s collective rooted in and inspired by Indian Classical music. In this special performance featuring BRM Co-Artistic Director and Next Stage’s 2021 Artist-in-Residence Arun Ramamurthy, the artists of BRM will present Tradition to Innovation, a microcosm of the BRM ethos exploring the classical music of North and South India alongside a spirit of innovation born out of Brooklyn. Bringing this musical exploration to life are Neel Murgai (sitar), Aaron Shragge (trumpet), Kane Mathis (kora/oud), Damon Banks (bass), and Mir Naqibul Islam (tabla).

Grounded by tradition and guided by the spirit of improvisation, BRM has cultivated a creative community of artists through its weekly concert and jam sessions. Both a critical and audience favorite, Brooklyn Raga Massive have been praised by the Wall Street Journal for “Expanding the notion of what raga—the immersive, epic form of Indian music—can mean.” The New York Times for “Preserving the past while blurring genres in an inventive spirit,” and have been crowned the “Leaders of the Raga Renaissance” by The New Yorker.

At the heart of Indian classical music are a set of melodic frameworks for improvisation and composition — ragas. Raga-inspired music of any genre is fluid, colorful, and highly improvisational, requiring deep listening and respect between musicians. BRM aims to leverage these values of openness, generosity, humility, and respect for tradition to cultivate genuine connections between artists and audiences of all backgrounds.

BRM was officially founded in 2015, but their seeds as a collective were planted in 2012 during a weekly jam session at a local Prospect Heights venue. What began as a casual weekly event flourished and grew into a mainstay of the New York City arts scene, cultivating a vibrant community of diverse musicians and music lovers. In keeping with the democratic spirit of these jam sessions, the collective is composed of 50+ collaborating musicians rooted in traditional South Asian, Indian classical, and other musical forms. BRM’s ensembles have partnered with artists from over a dozen countries including Mali, Cuba, Bolivia, and Iraq in styles from jazz and minimalism to rock and klezmer to reach audiences of all ages and races. This practice of cross-cultural collaboration both reflects the current global landscape and enables BRM to serve as an incubator of an expansive, inclusive new genre of music indigenous to Brooklyn.

This performance is co-presented with Epsilon Spires.