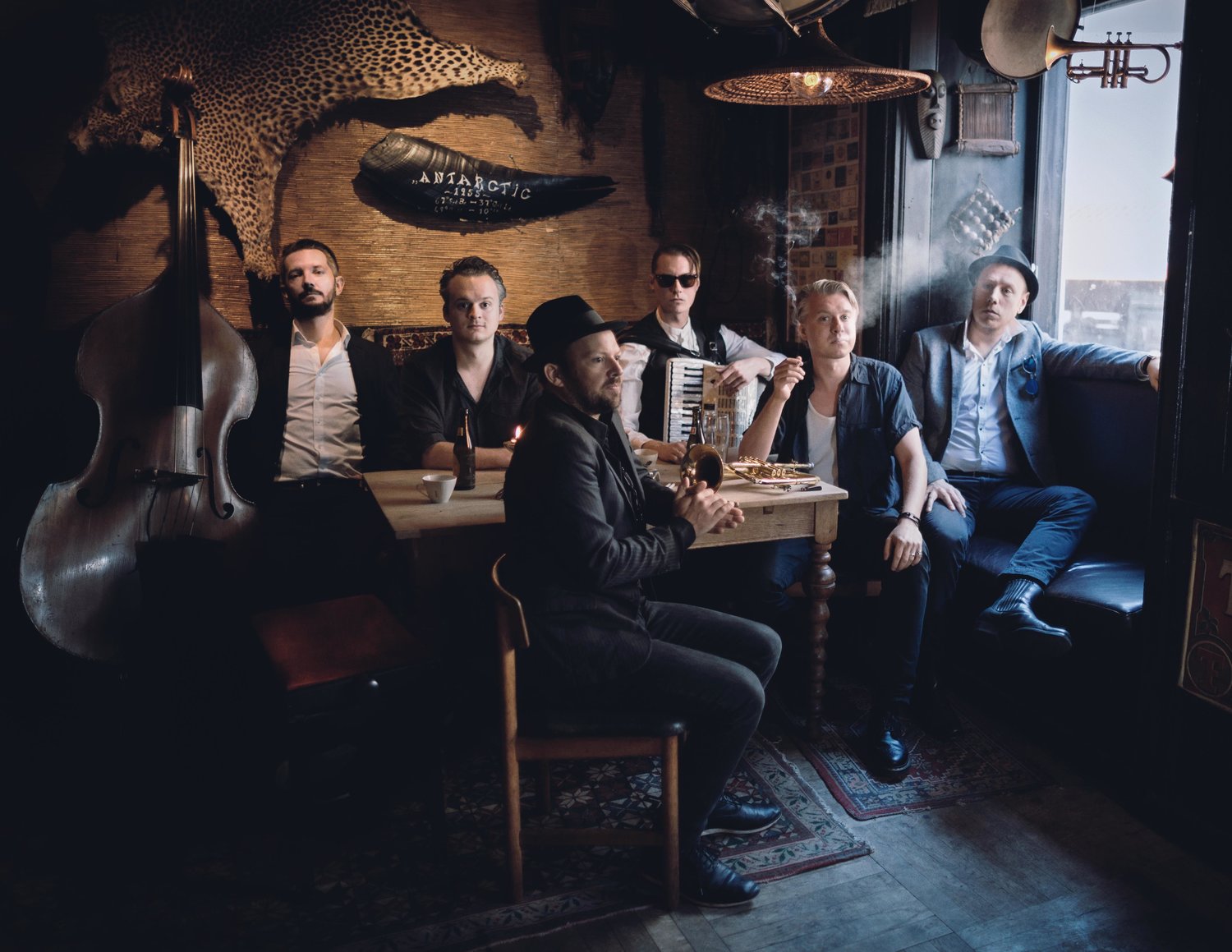 Mames Babegenush unleashes a sonic crossroads where east unexpectedly meets…north! The young Danish band’s unique musical fusion marries their strong Scandinavian roots and elements of jazz with the vibrant dance music and klezmer traditions of eastern Europe. From the contemplative ambiance of Nordic snowscapes to the lively weddings of Romania, the music of Mames Babegenush exudes a sense of both poignant melancholy and irresistibly danceable exuberance.

Since forming in Copenhagen in 2004, the six-piece group has dazzled audiences and critics alike with their fresh vision and musical gumption, establishing themselves as one of Europe’s premiere klezmer-jazz ensembles. Their long list of awards includes the Danish Music Award for Best World Album of The Year and three prizes awarded by the prestigious International Jewish Music Festival in Amsterdam, including the Jury and Audience Prizes.

In 2020, Mames Babegenush was selected for one of the highly coveted official showcases at WOMEX (the World Music Expo) in Tampere, Finland. Their performance was filmed by Finnish Television and broadcast nationwide. In 2020, the band was also an official selection for the Mundial Showcase at the APAP Conference in New York and the Folk Alliance Conference in New Orleans.

The band is comprised of Andreas Møllerhøj on double bass, Lukas Rande on saxophone, Henrik Hansen on drums, Nicolai Kornerup on accordion, Bo Rande on flügelhorn and Emil Goldschmidt on clarinet.

The Bandwagon Summer Series is a family-friendly outdoor cultural performance series running from early May through mid-October. More than 20 performances ranging from a diverse group of musical styles, circus arts, dance, and theater will take place at ballfields, farms, and parks throughout Windham County. Kids under 12 always get in for free, and a dedicated play area will be available at all shows. Refreshments are sold onsite, including the return of last summer’s hugely popular Barr Hill cocktails, and the new addition of some selections from Mad River Distillers.