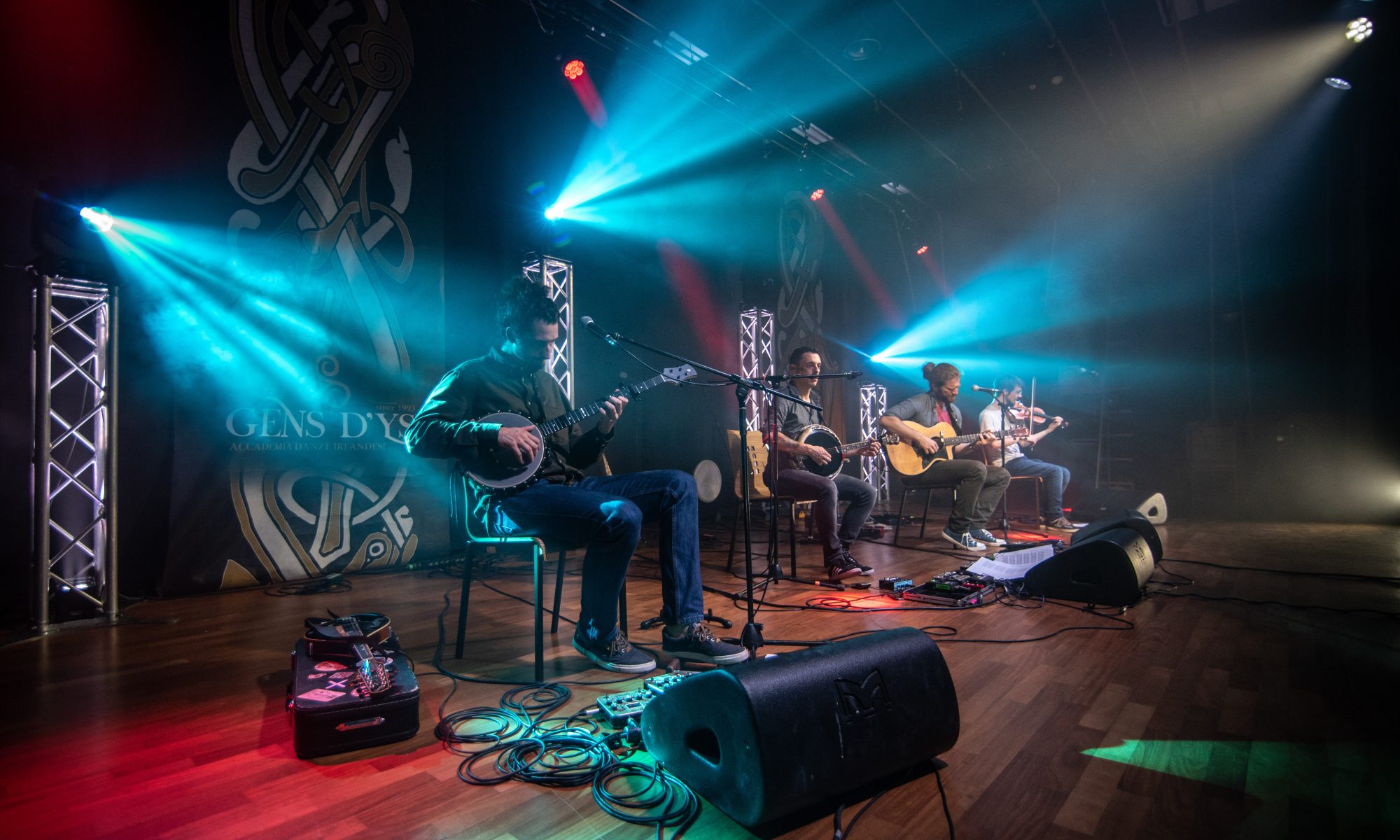 Over the past 18 years the trad Quebec group Genticorum has become a fixture on the international world, trad, folk and Celtic music circuit. The band’s six albums met with critical acclaim in Canada, the United States and Europe, assuring the band a brilliant future. Known for its energy and its stage presence, Genticorum has given more than 800 concerts in more than 15 countries. Firmly rooted in the soil of their native land, the energetic and original traditional ‘power trio’ also incorporates the dynamism of today’s North American and European folk cultures in their music. They weave precise and intricate fiddle, flute and accordion work, gorgeous vocal harmonies, energetic foot percussion and guitar accompaniment into a big and jubilant musical feast. Their distinctive sound, sense of humor and stage presence makes them a supreme crowd pleaser.

Gadan is the new project created by four experienced and well-known musicians in Irish trad and European folk/rock scene, with years of touring in the major European and US festivals of traditional and contaminated folk music. An impactful repertoire with a powerful live appeal and a sound comparable to new-trad acts such as Talisk, WeBanjo3, The East Pointers or Rura, but with a unique identity thanks to years of experience in several folk scenes, from Appalachian & Old Time to Scottish and English folk and traditional music. Two banjos – tenor & clawhammer – fiddle, mandolin, bouzouki and guitar for a “strings-only” sound with a hint of electronics and driven by a powerful rhythmic pulse. A loop of building energy, taking the audience to ecstasy with the wide spectrum of refreshing yet traditional tones.

The Bandwagon Summer Series is a family-friendly outdoor cultural performance series running from early May through mid-October. More than 20 performances ranging from a diverse group of musical styles, circus arts, dance, and theater will take place at ballfields, farms, and parks throughout Windham County. Kids under 12 always get in for free, and a dedicated play area will be available at all shows. Refreshments are sold onsite, including the return of last summer’s hugely popular Barr Hill cocktails, and the new addition of some selections from Mad River Distillers. Food at this concert from Tandoori Cuisine by David’s Catering. Bring a blanket or lawn chair for outdoor seating.