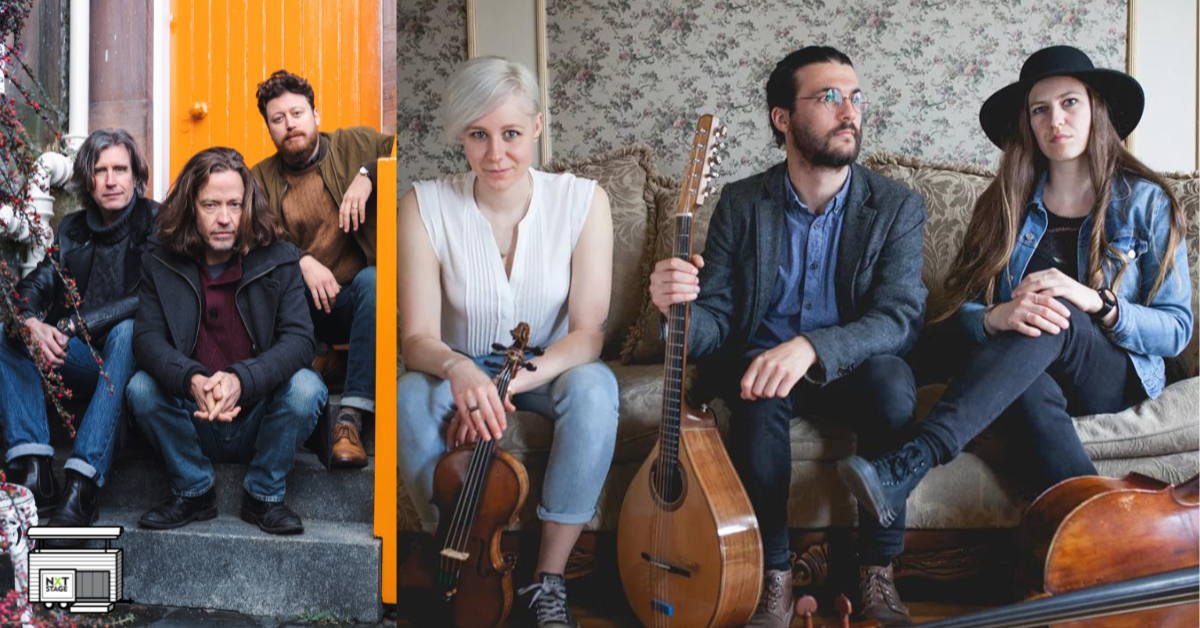 Next Stage Arts Project and Twilight Music present an evening of Celtic and Québecois music from Scotland, Canada, and the US by two trios – Cantrip and E.T.E. – as part of the 2022 Next Stage “Bandwagon Summer Series” on Monday, September 5 at 3:00 pm at West River Park in Brattleboro, VT.

From the strong base of its Celtic roots, Cantrip branches out into the music of other European cultures. With swirling border pipes, raging fiddle, thunderous guitar, and three rich voices, Dan Houghton, Jon Bews*, and Eric McDonald take audiences on a cultural journey, putting their own spin on each musical style. Known for their innovative arrangements, high-energy songs and tunes, and dry wit, Cantrip has toured throughout Scotland and the US, expanding the boundaries of Celtic music along the way.

Cantrip sprung from a local music session in Edinburgh, Scotland nearly 20 years ago. The band name is an Old Scots word meaning a charm, magic spell or piece of mischief, and it aptly describes the unexpected twists and turns in the trio’s musical arrangements as well as the compelling potency of their musicianship. Dan Houghton (bagpipes, flute, whistles, guitar, vocals) has won the Scottish Lowland and Border Pipers’ Society Open Borderpipes and New Composition events, as well as the Maitre de Cornemuse at St. Chartier. Jon Bews (fiddle, vocals) is a award-winning graduate of the Royal Conservatoire of Scotland, and has performed and recorded with a diverse roster of artists. Eric McDonald (guitar, mandolin, bouzouki, vocals) found his way to traditional music through the rich music scene in Boston, and studies with guitarist/mandolinist John McGann and cellist Eugene Friesen at Berklee College of Music.

*Fiddler Alasdair White fills in for Jon Bews for this performance. Alasdair is an exceptional exponent of west coast Scottish music and is widely regarded as one of the foremost Scottish fiddler players of his generation.

With soaring vocal harmonies, a deep groove, and rich instrumentation, É.T.É. transforms the nostalgia of a kitchen party into an unforgettable show experience that celebrates the joie de vivre of Québecois culture. Since winning the OPUS prize for “Discovery of the Year 2017-2018,” Élisabeth (fiddle, step-dancing, vocals), Thierry (bouzouki, podorythmie, vocals), and Élisabeth (cello, vocals), have shared their original, lively take on Québec traditional music with audiences worldwide.